While Universal Credit claims in 2020 had already increased by 5% since the previous year before COVID-19, the current crisis saw almost 500,000 people make new claims over a nine day period in March 2020. Universal Credit is a financial shock for social housing tenants – leading not only to rent arrears, rapidly escalating debts, and risk of eviction, but also real struggles with mental health.

We partnered with One Manchester – a major Housing Association in Manchester – to tackle Universal Credit as a financial shock for their tenants.

Mapping the landscape of provision in Greater Manchester quickly highlighted that there is a gap in service provision to support tenants during the “five week wait” which, we know, is a particularly vulnerable time for tenants, leaving them at risk of rapidly falling into debt while waiting for the first

Universal Credit payment. Aside from general money advice, the majority of provision is crisis or recovery support targeted at specific groups, like those overcoming addiction, illness, or homelessness. For “everyone else”, we know there are tidbits of support available for tenants from different service providers – like rent adjustments, utilities payment breaks, food banks, community shops, wellbeing support, job clubs and more. But tenants don’t always know this support is available.

Working with One Manchester, we wanted to test a way to support tenants through the five week wait using existing service provision. Based on streams of insight from our user research, and through a series of co-design and prioritisation activities, together we came up with an idea – the Universal Credit Survival Pack.

We took a hypothesis-driven testing approach. The hypothesis was that “we believe a UC Survival Pack will enable tenants to take proactive control to manage changes when they move on to UC, minimising new debt build up, and building awareness of the support available to them, including we as One Manchester can offer them.” 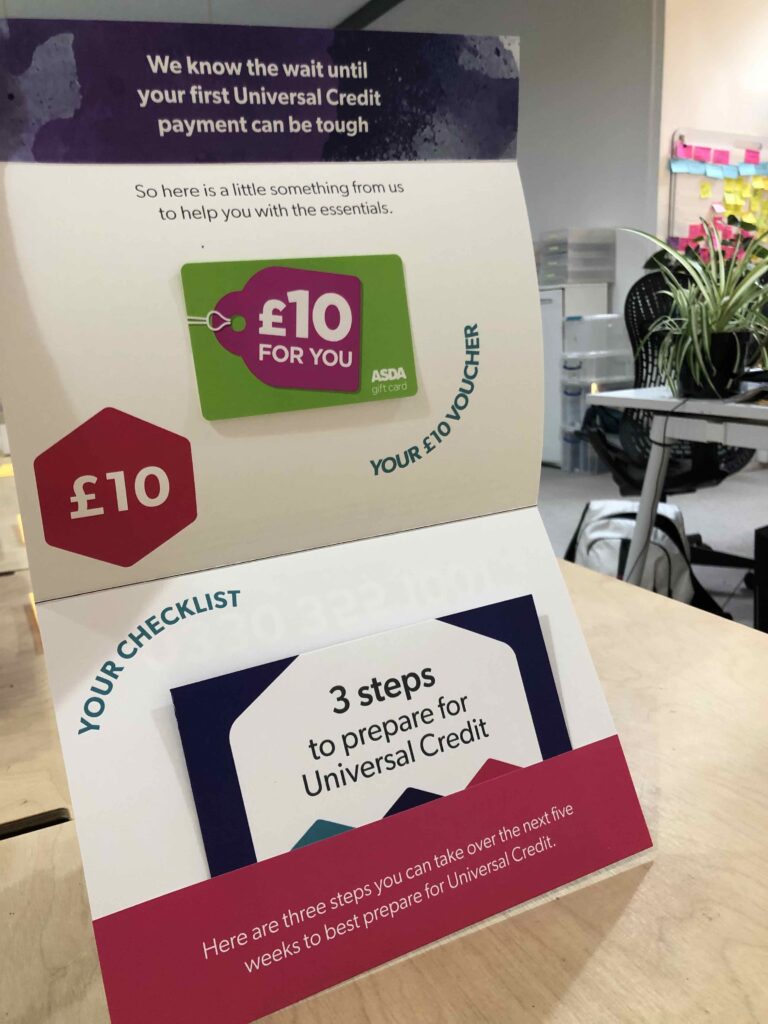 We rapidly prototyped a UC Survival Pack. It included:

Over a 5 week test period across Feb-March 2020, we posted the UC Survival pack to 57 tenants who had made new Universal Credit claims, along with a text to let them know the pack was on the way, and a second reminder test in some cases.

Everything was tracked around three assumptions.

The results in numbers 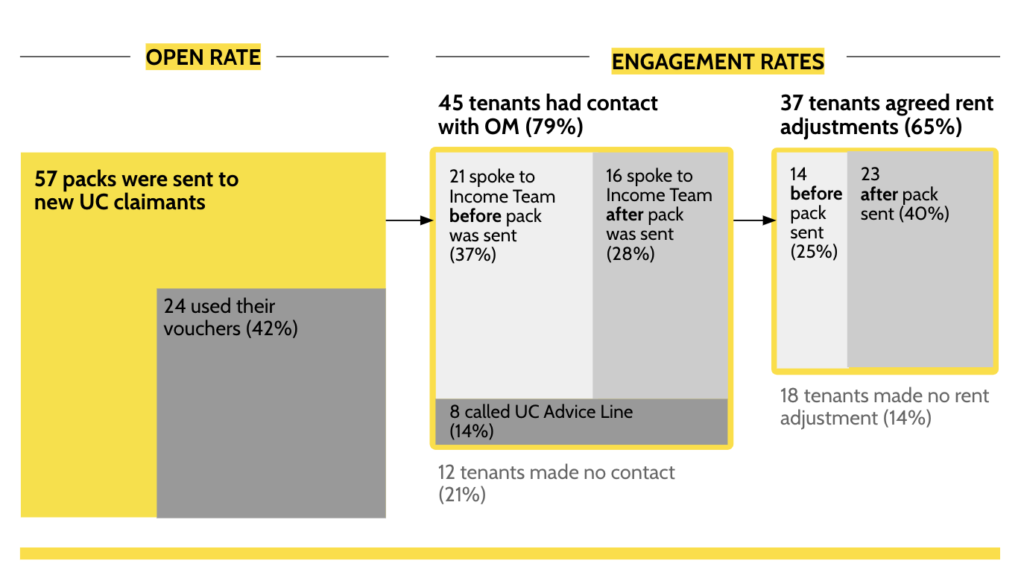 There’s an urgent and immediate need now for housing associations to take steps in creating meaningful relationships with tenants. We want to continue to test the UC Survival Pack with housing associations to boost engagement and trust from tenants and ease the financial shock of Universal Credit. We’re specifically interested in testing differences in language, tone and communications channels to increase reach – this could mean implementing very lightweight ways to share critical information over text, email and your website.

Are you interested in getting involved, or even just want to hear more? Get in touch with Matt – matt.black@shiftdesign.org.