“I liked making the video because it’s the most independent and creative thing we’ve done so far on NCS, we bonded more as a team too”

100,000 young people take part in the National Citizen Service programme each year, but they often don’t know they’re part of something so big, and don’t have opportunities to meet or interact with teams in other parts of the country. There are also increasingly stark divides between young people who grow up in urban and rural areas, with limited understanding of each other and each other’s worlds.

“Changing Places seems like a great way to get young people inspired and thinking about what they can do for their social action phase. It’s so important for them to think more deeply about the area they live, especially in context to where other young people live.”

Changing Places – a national campaign inviting young people all over the country to build up a picture of what it’s like in their area. By creating short videos, they showcase what they love and would like to change about their areas, and by watching other team’s contributions, they discover what it’s like where other teams live.

Over the past six months, we’ve been designing a new “mass action campaign” in partnership with the National Citizen Service. … 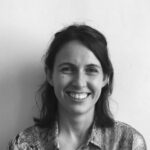