Box Chicken:
a healthier alternative to fast food near schools

“Rather than restricting takeaway food we should seek to transform it, by making healthy food as visible, tasty, and cheap as unhealthy food.”

Urban deprived areas are dominated by unhealthy takeaway food, increasing the risks of poor diets and health problems like obesity and type 2 diabetes.

“Some local government money is being spent on healthy­ eating education programmes but those tend to be exercises in preaching to the converted… Compared to that the Box Chicken project starts to look like the only practical effort to do something.” 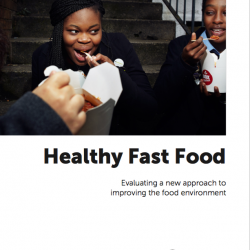 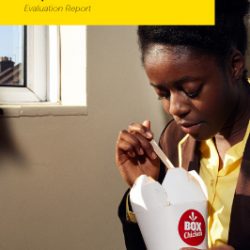 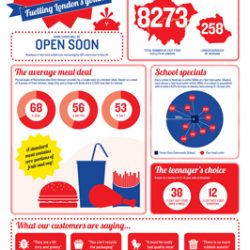 Infographic on the prevalence and effect of fast food outlets 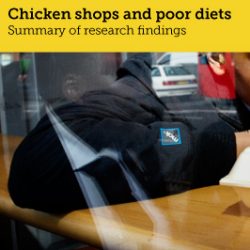 Our Food Director gives evidence on the role of takeaways in childhood obesity to the Health & Social Care Select Committee.

The story so far… Shift has been working to increase healthier food habits over the last six years. Here we …

We’re excited to tell you that our project that puts healthy fast food outlets in areas dominated by unhealthy options, …

If you walk a few hundred metres west from Old Street roundabout, the new hub of London’s tech start up …

Hadrian Garrard from Create London and Nick Stanhope discuss the need for practical interventions to tackle poor diets at the launch of Box Chicken, a pilot of a healthy fast food outlet.

Earlier this year, I wrote about our early obesity research, through which we started looking at the way that the …

‘Most chicken shops are just in it for the money’: healthy food vans tackle child obesity
Hackney Citizen, December 2014

Box Chicken vs the chicken shop
The One Show, October 2013 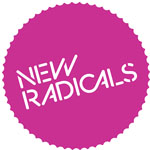 Watch our spot on The One Show:

Interested in this area? Why not get involved?
See our other work around Food