In this Joining the Dots piece, Thomas Neumark shares his learning about relationships from a personal as well as a professional perspective. Thomas is CEO of The Peel, a community development charity working in Clerkenwell, London.

Sometimes life comes at you fast. In 2011 my wife moved to America for work and I stayed in London. I was running a community development project at the RSA mapping the network of relationships that exist in low income neighbourhoods across England. And I was in a long distance relationship.

It gave a pressing immediacy to my increasingly emphatic declarations to policy makers that “relationships matter”. They thought I was talking about recovery services in Littlehampton or isolation in Sandwell, not about my own domestic situation.

Eventually I upped sticks and moved to America. My relationship with my wife was the most important thing in my life and it had to come first.

Living in DC, I set up a project working with single homeless men, supporting them to build their networks so that they could achieve their goals. Most of them had recently come out of jail and had little in the way of friends or family who could or would help them find a job or a place to stay.

While they were in prison many had learned a series of behaviours which are completely unsuited to building new relationships. They kept their heads down, didn’t speak with anyone and didn’t make eye contact. You can understand why they did that and why it made finding a job or a flat that much harder.

I talked with them about their dreams and passions. About their hobbies and interests. About where they could go to pursue these dreams and thereby meet people.

I thought I was supporting them with their journey and in some ways I was. I remember a breakthrough when Elijah bounded up to me to say that he was now playing bass in the church band and had got a job at a building site through a tip.

I was also learning about anxiety. Prejudice and experience mean that sometimes meeting new people and the prospect of making new relationships comes with a bundle of fears and expectations. Worst fears can be quickly confirmed. Prejudices can be reinforced.

I was building a relationship with these men and both parties were anxious. Most of them hadn’t met a white Englishman. I might as well have been from outer space. Building authentic rapport wasn’t always easy. I found myself watching hours of baffling and incomprehensible American sports just to have a common language and a way of lessening the anxiety. “Did you see the game last night?” is a better opening line than “what are your hopes and dreams?”

I am bringing many of these lessons to our work at The Peel. We operate in Clerkenwell, one of the most unequal neighbourhoods in the UK, with council estates sitting next door to leafy squares. Without our work people from these different communities would have very little to do with each other. 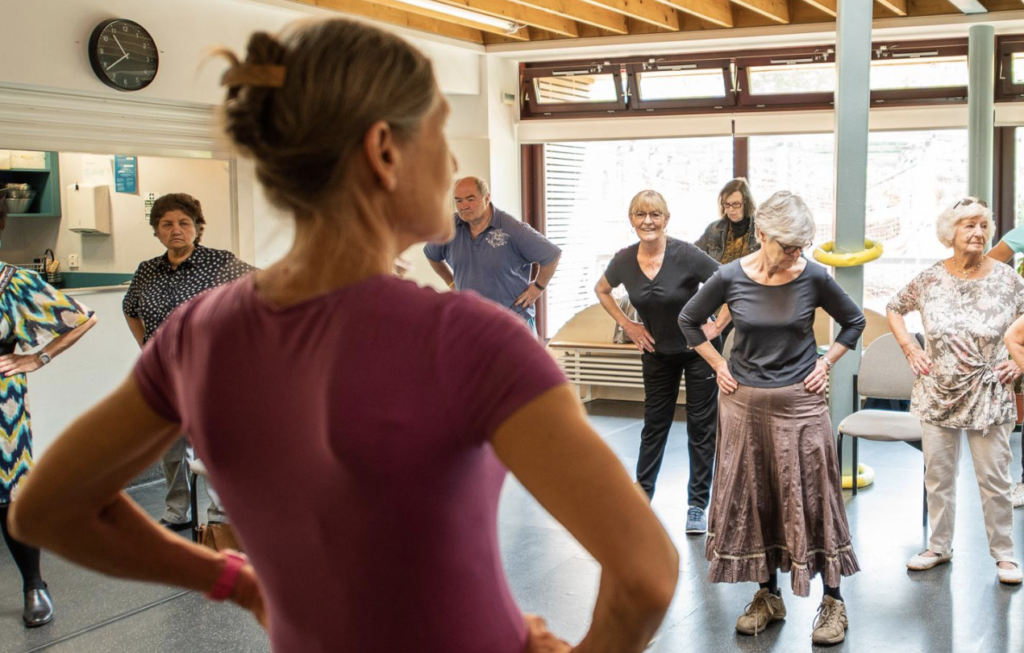 We know that when local residents meet someone with a very different background to themselves, be it at the community garden or the street party, they come to that experience with hopes and fears.

It’s not enough just to throw people together and cross our fingers. We have to give people the best chance of building and maintaining relationships that are mutually beneficial.

This means bringing people together to cooperate with equal status towards common goals under the auspices of an institution that is not seen to be aligned with a particular identity or group.

Oliver, a local resident who has thrown himself into community life after engaging with our work, told me that “we no longer see each other as strangers but have a sense of community, doing things together and helping one another”

Those of us who are involved with community development or reforming public services so that they are more relational, are often gregarious people who are open to new experiences. We can sometimes forget that not everyone is like that.

For some the prospect of meeting new people, particularly those from a different background to themselves, is far from appealing. And if it goes badly we risk further alienating or estranging people.

Supporting others to build or maintain relationships is challenging and subtle work, especially in the context of the enormous inequalities we see all around us.