In this Joining The Dots blog (written back in the days when parliaments sat and terms were predictable, which is to say last Tuesday), Iona Lawrence and David Robinson consider the place of relationships in our national politics.

Iona works for The Cares Family and previously was Director of the Jo Cox Foundation. David leads The Relationships Project.

by Iona Lawrence and David Robinson

Parliament reconvenes today for what will very likely be another acrimonious and divided session played out continuously and with ratcheting anger across the media throughout the autumn. Politics as usual? Seemingly so, but politics as it needs to be? We think not.

The story of our country in the past few years has been one of distance and disconnection. Politics has been engulfed by the language and process of Brexit with all its talk of Article 50, backstops, customs unions. We now have a Prime Minister for whom fewer than 200,000 of us voted playing a high stakes no-deal-Brexit-game with Brussels and our futures. Irrespective of whether you voted leave or remain, we all face uncertain times.

The chasm between the institutions of democracy and the lives they exist to serve continues to widen. Many within the Westminster bubble obsess about incomprehensible Brexit proceedings and well respected journalists like Laura Hughes at the Financial Times proclaim this to be “the best time in history to be a political journalist.” Meanwhile millions outside the bubble are more likely than ever to respond to the latest Westminster updates with the same fatigue and desperation that Brenda from Bristol showed in her response to the 2017 election announcement – “not another one!”

While Brexit is set to take up much of the head and policy space of Government for some time to come, it isn’t just an administrative challenge. The tone and style is equally important.

Divisive rhetoric in Parliamentary chambers or on street corners is everybody’s business. It is easy to blame narratives of division on politicians and pundits on the TV. But when our personal relationships at home and in our communities fail to bond us together, we are all weakened and fragmented. That which ends in polarisation, hatred and worse, started with social isolation, loneliness and distrust.

Three years after Jo Cox was killed by a man whose internet history demonstrated his motivations lay in extremist views, so too was another young woman in public life on the front line of division and coarsened rhetoric: the journalist Lyra McKee in Northern Ireland. Moments of tragedy are often marked by commitments to finding consensus, to do things differently. In the words of Father Martin Magill at Lyra McKee’s funeral: “why in God’s name does it take death to get to this point?”

We must urgently consider how each of us can talk and relate our way into a more cohesive and fundamentally safer future. This is about how we all do relationships. And the future of our country is dependent on them being placed back at the heart of democracy. 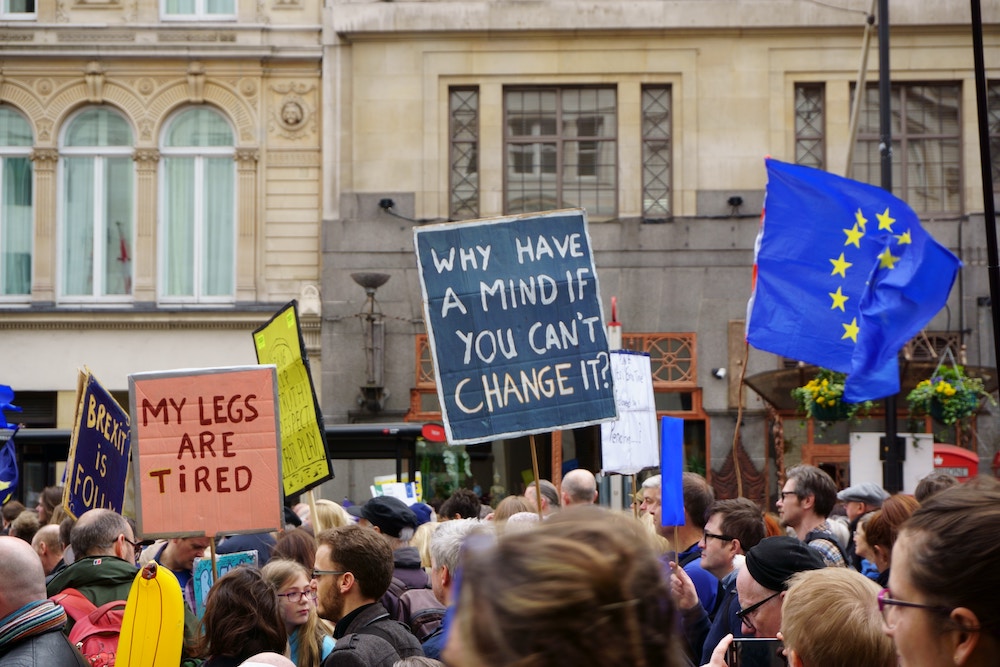 [Photo by Sandro Cenni on Unsplash]

In a relationship centred democracy, the state would enable and support flourishing relationships in every context and it would model the relational approach in its own behaviour. Good, we hear you say, so what would change?

First, the language. Politics is as much about tone as it is about substance. In a relationship-centred democracy leaders would talk about kindness and empathy at the highest levels just as New Zealand PM Jacinda Ardern did at the UN in September last year: “If I could distil down [what it is we really want] into one concept that we are pursuing in New Zealand, it is simple and it is this: kindness”

Ardern then took this powerful message one step further earlier this year by launching her wellbeing budget and a requirement that all policy making and financial decisions had to prove their positive impact on New Zealanders’ wellbeing.

Republican People’s Party challenged President Erdogan’s party in Istanbul’s Mayoral election earlier this year by rising above aggressive and divisive campaigning with a message focused on ‘radical love’. “They want conflict from us,” İmamoğlu told his supporters. “But we, the people who do not want this nation to fight, we will insist upon embracing each other.”

This tone would particularly sustain us in the darkest moments because it is when relationships are tested by such atrocities as the Christchurch shooting in New Zealand that they are most important: “We represent diversity, kindness, compassion, a home for those who share our values, refuge for those who need it,” said Ardern. The potential is huge.

Big and difficult choices would be made by forming relationships across the divides and by processes that engage and are easily understood. The news that the Archbishop of Canterbury may be chairing a Brexit Citizens Forum may be the most hopeful story that we have read on the political pages for a very long time. It was made all the sweeter by the Archbishop’s clear emphasis on “healing”, “reconciliation” and on enabling “the will of the people” … “my personal inner likes and dislikes are irrelevant”. This is exactly what we mean by a relationship-centred democracy: norms and styles of leadership that move away from a focus on ‘transformational’ individual figureheads, and towards a more distributive and fundamentally relational style. Leadership that shifts power by creating space to surface experiences and form relationships.

Myriad conversations about what leadership is in the age of movements as diverse as Occupy and Black Lives Matter attest to the shifting nature of expectations and requirements of leaders more broadly. As Kirsty McNeill, Director at Save the Children UK recently discussed, leadership is increasingly about being a lighthouse illuminating terrain in which “there are more of us than you think, and we are stronger than we know.”

As we have previously noted on Joining the Dots, services for public good in this relationship-centred democracy won’t be services as we know them, but rather the kind of nexus of relationships envisaged by Hilary Cottam and designed and built together. For inspiration look to the pioneering work of Grapevine in Coventry or The Cares Family in Liverpool, London and Manchester to see more of what it is to put relationships first. They, and many others, are reforming the traditional dynamic of beneficiary and service provider by reframing it to be relational and fundamentally mutual.

Politicians who say all this is way too difficult haven’t been paying enough attention. The cost of not having relationships at the heart of political life is clear. At best, transactional, combative day-to-day politics; at worst, blood on the street. Business as usual, or a tweak here and there, won’t “bring the country together” no matter how often the aspiration is repeated. At the start of a new, and potentially historic, parliamentary term it is time to think about relationships and put them back where they belong – at the heart of our democracy.