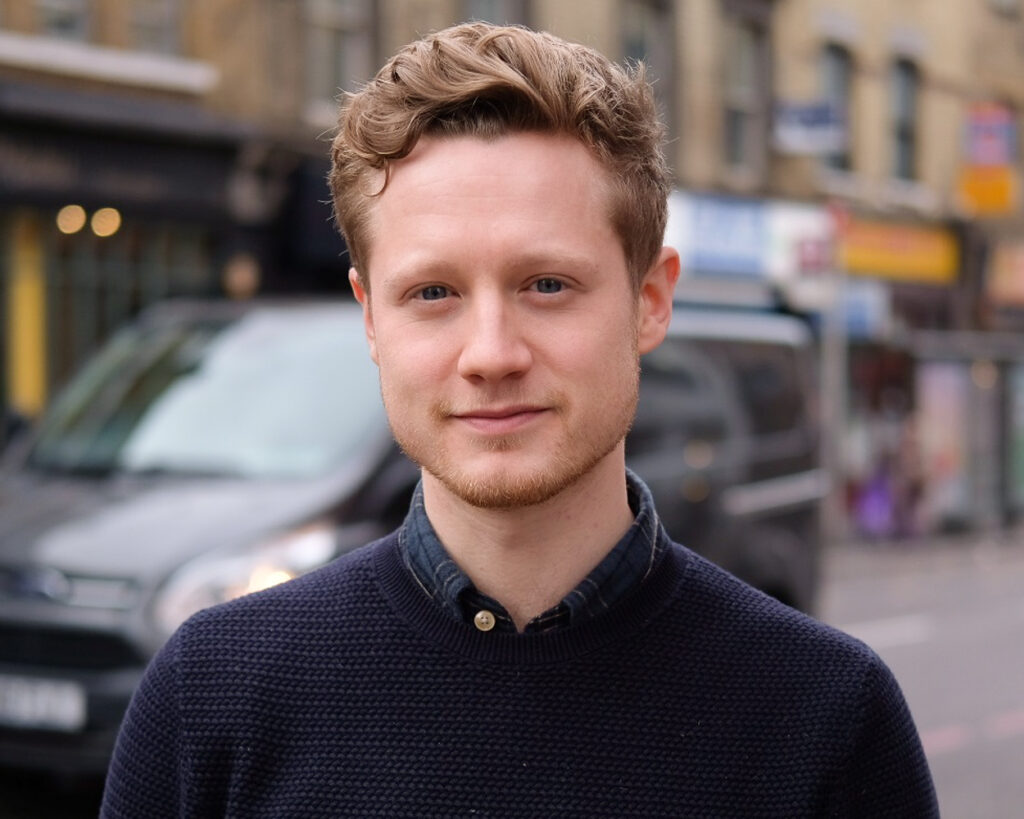 In this piece for Joining the Dots Sam Boyd – Head of Policy, Impact and Communications at Switchback – describes the transformational effect of personal relationships on the lives of young adult prison-leavers, offering them a way to rebuild their lives and their relationship with society.

Switchback is an award-winning charity enabling young Londoners to find a way out of the justice system and build stable, rewarding lives. Find out more at www.switchback.org.uk and follow on Twitter @switchback_ldn and @samboyd1.

Nearly 70,000 people leave prison every year. You might expect people who’ve been waiting for that moment to stride out of the prison gates full of hope for the future. But all too often release is instead coloured by a sense of fear and uncertainty.

As author and former prisoner Carl Cattermole describes in his recent book Prison: A Survival Guide:

“It should be the biggest day of your life but in my case I was sat in the drizzle outside the prison gates in a town I’d never heard of with £46 in cash and all my belongings in a big bag plastered with HM PRISON logos.”

At Switchback, a small charity supporting young Londoners to build a stable, rewarding life after release from prison, we know only too well how common this feeling is. Through intensive 1-to-1 support beginning in prison and lasting as long as it takes, Switchback enables prison-leavers to make real, lasting change. But many leaving prison are thrown out of the frying pan and into the fire, having to manage not only an overwhelming change in pace but also the bureaucratic nightmare of re-joining society: signing up for benefits, finding a GP, applying for a job, opening a bank account, and more. 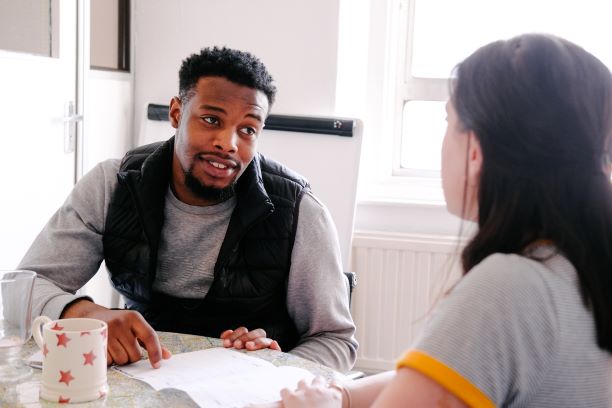 For many this is all being learned for the first time, while fragmented, under-resourced public services can feel like little more than a wall of resistance. Universal Credit claims are cancelled without explanation, council housing services turn homeless prison-leavers away because they don’t meet cryptic ‘priority’ criteria, probation services threaten people with recall to prison for missed appointments they weren’t told about.

Layered on top are common problems of low skills, poor mental health, homelessness and addiction among prison-leavers. According to the Prison Reform Trust:

Amongst Switchback Trainees 40% are homeless, 40% have never worked before and 47% have a drug or alcohol problem. These challenges are often linked to a background of poverty and trauma made worse by the experience of a violent and chaotic prison system. Ministry of Justice data shows there were 93 assaults and 159 incidents of self-harm every single day in our prisons last year. But our prisons are also full of unrealised hope, skill and human potential.

Shift’s Relationships Project starts from the idea that “meaningful relationships are being systematically undermined and displaced by fast and feeble connections” and that this has “diminished the quality of our lives”. Nowhere is this breakdown of relationships and its impact starker than for those sent to prison. Inconsistent, damaging or non-existent relationships are a common thread linking the backgrounds of many prison-leavers from childhood.

When it comes to prison and release, the story continues.

After release, the only support offered to prison-leavers is from an outsourced probation system described by the chief inspector of probation as “irredeemably flawed”, with average caseloads of 57 per probation officer. Prison-leavers are handed a long list of things they can’t do but little indication of what they can, let alone the support to get there.

Amid this general breakdown of relationships it is no wonder that recalls to prison are soaring and nearly half of prison-leavers are reconvicted within 12 months. Only 17% are in work after a year.

The system is asking prison-leavers to totally change their relationship with society, but rather than extending a hand, society is turning its back. Good relationships require reciprocity: give and take. If society doesn’t play its part, it’s no wonder so many fall back to what they know.

So when Switchback enables young prison-leavers to build a stable, rewarding life it is in spite of the system rather than because of it. Society has become so fragmented that the long-term, supportive relationship we offer has become a radical act. Switchback is not alone in offering this, and many small charities like StandOut, A Band of Brothers, Spark Inside and the Zahid Mubarak Trust are defying the odds every day with a local, relationship-centred approach. 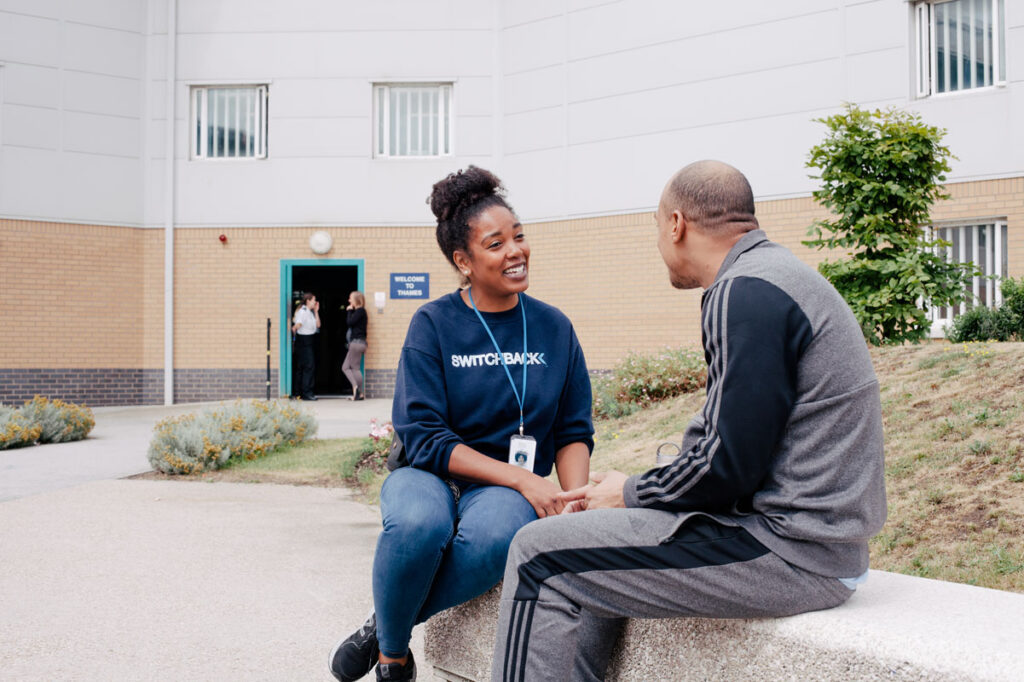 Our fulltime Switchback Mentors do this by becoming the most important person in a Switchback Trainee’s life while also working towards that no longer being the case. They are in touch with each Switchback Trainee daily, sticking around for as long as it takes. Switchback Mentors don’t do things for the Trainee, they challenge and encourage him to take control and build stability across all areas of his life. Alongside real work training this relational approach means that:

We all know that strong relationships sustain us and are essential for a good life.

Belief in the power of relationships provides hope that we can begin to address stubborn social problems like reoffending. From inside our prisons to the places where we live, we need to strengthen human bonds and provide space for people to build positive relationships and reach their potential.

Whoever forms the government after 12th December has a chance to look afresh at building a resettlement system with relationships and reparation at its heart. But the justice system does not operate in isolation and cannot alone tackle many of the problems behind crime and reoffending. Relational resettlement must be the starting point, but a far wider rethink is needed to ensure that everyone, including those 70,000 walking out the prison gates every year, has a real chance to flourish as an active member of society.