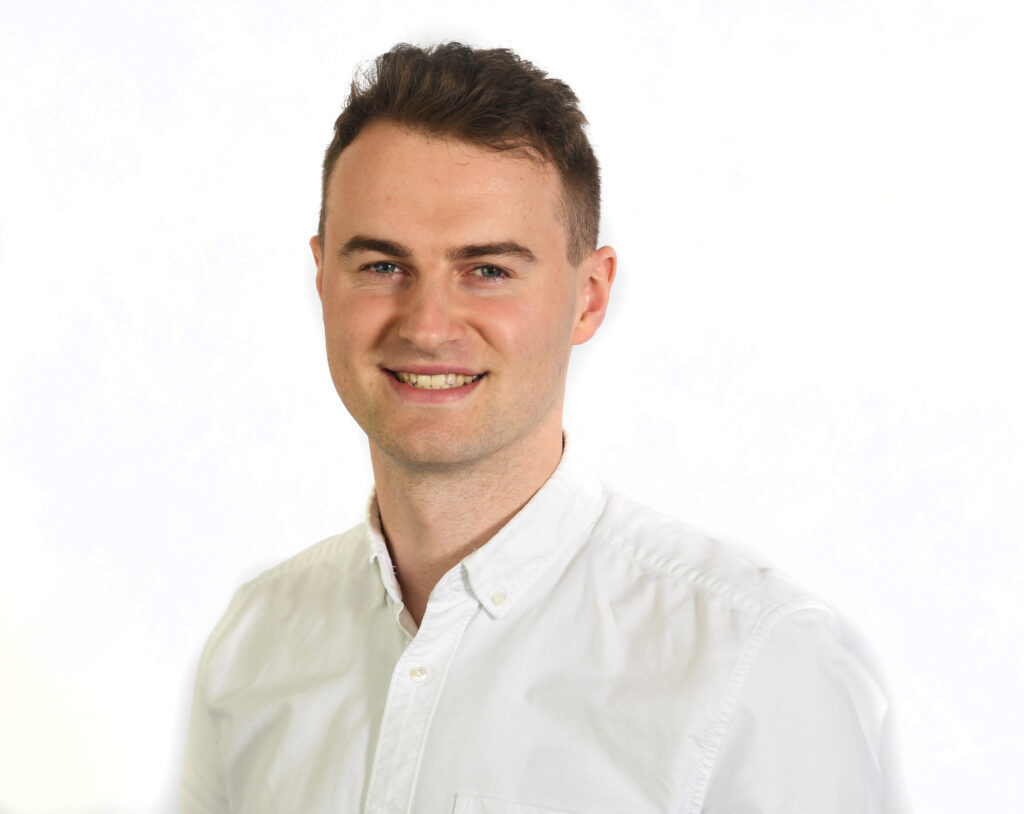 In this Joining the Dots blog contribution, Sam Dalton looks at the gap in intergenerational relationships in today’s society, and what can be done to bridge it. Sam works on policy and public affairs for social integration charity The Challenge, and led the research and writing of the ‘Healing the Generational Divide’ interim report recently published by the All-Party Parliamentary Group (APPG) on Social Integration. 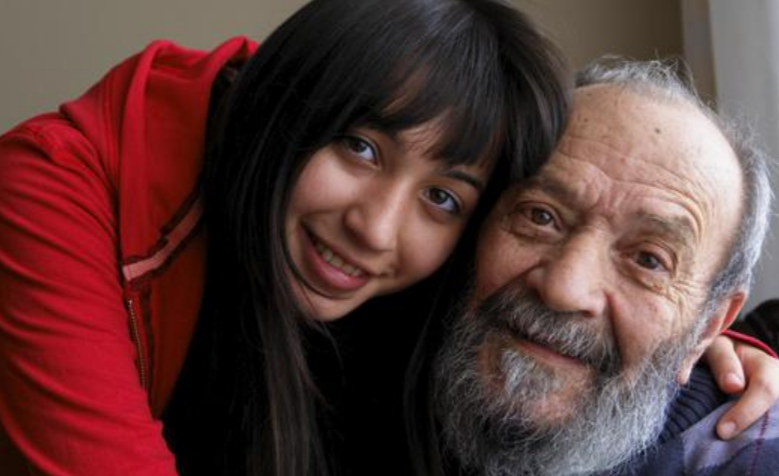 In December 2017 when we began working with the APPG on Social Integration on its intergenerational connections inquiry, the focus on the age divide was mainly political. We’d recently had the 2016 EU referendum and 2017 General Election, both of which highlighted stark differences in voting patterns between young and old. In 2017, 27% of the youngest age group voted for the Conservative Party, while 61% of the oldest age group did. And while only 25% of the oldest age group voted Labour, 62% of the youngest age group did. The Ipsos Social Research Institute said this was the biggest political division between age groups they had ever measured.

Politics was therefore a natural starting point in our exploration. But since then we’ve discovered that the age divide not only encompasses divergent views at the ballot box, but extends to a basic lack of trust and understanding across generations. Polling by the APPG has found that three- quarters of younger Remain voters think older people are prejudiced, while the same percentage of older Leave voters think young people are entitled and unwilling to work hard.

Furthermore, different generations are now more socially and geographically divided in a way that seeps into many aspects of our day-to-day lives, providing fewer opportunities to form the strong relationships that prevent the growth of ageist prejudice and stereotyping. Take these striking statistics. For the typical child in our largest cities, just 5% of people in their immediate neighbourhood are over 65, down from 15% in 1991. Between 1981 and 2011, three-quarters of the increase in 45-64 year olds and over-65s across the country took place in villages, communities, and small and medium sized towns. By contrast, 80% of the growth in 25-44 year olds occurred in large towns and core cities.

There is therefore a growing social chasm between different generations, in addition to their different political views. As the APPG report highlighted, a decline in shared spaces where different age groups can mix across divides, such as libraries and community centres, hasn’t helped.

The benefits of intergenerational connection

Building stronger intergenerational relationships to bridge these divides will bring great benefits to each and every one of us as individuals, as well as to our society and our politics. On a personal level, intergenerational connection has been shown to enhance physical and mental wellbeing, as illustrated by the extensive research done in the US by Winston Churchill Fellow Lorraine George, and by evidence from Downshall Primary School in east London, which runs a day care centre on site. Intergenerational connection can also help tackle one of the greatest social ills of the modern age, loneliness, through the stronger networks and friendships that it brings for all ages.

The societal benefits of intergenerational connection are enormous. As CEO and Founder of The Cares Family, Alex Smith, has argued, we have increasingly come to prioritise what is efficient over what is important, and spend more and more time interacting with faceless technology, such as self-service checkouts, oyster card readers and coffee machines. Projects promoting intergenerational connection have a vital role to play in creating a culture which places much greater value on human relationships and steers us away from excessive individualism.

And if we are all able to form stronger bonds with people of other generations, and appreciate and understand one another’s experiences through real interactions rather than form judgements from afar, our politics is going to be in a much better place as well. This is especially important at a time when many of the big political challenges of our age, from Brexit to the climate emergency, have an inherently intergenerational dimension.

What can be done?

The APPG’s ‘Healing the Generational Divide’ report focused on four main areas through which we can begin to create a society which unites rather than divides generations. 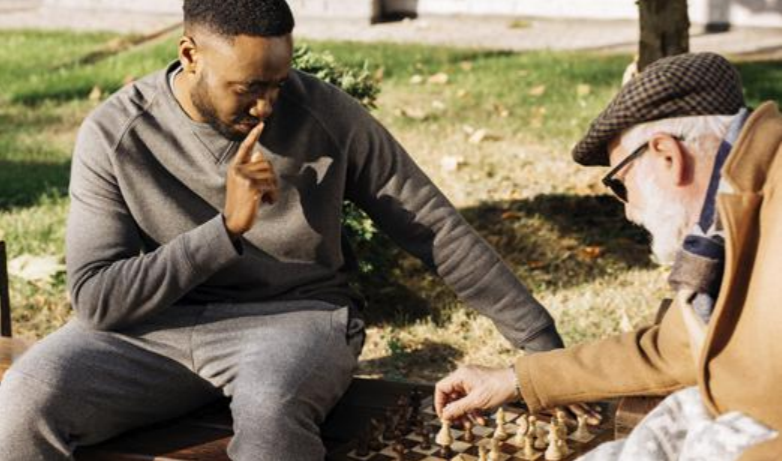 Firstly, with intergenerational relationships being formed in local communities rather than by government, we felt it was natural to first look at the role of grassroots projects which bring together different age groups. We also did this because many of the great intergenerational projects we have come across in the inquiry operate at this local level. For example, The Cares Family brings together young professionals and older neighbours for shared activities in a locally-tailored way in London, Manchester and Liverpool. And GoodGym encourages younger people to ‘combine getting fit with doing good’ in their communities by running to the home of an older person to help with physical tasks or have a chat.

As well as drawing attention to these great projects and encouraging more of them, the report suggested ways in which initiatives of this kind could maximise their effectiveness, for example by following something like the Design Principles for Meaningful Mixing set out by The Challenge in its ‘All Together Now’ report. These principles provide nine key steps to guide organisations in establishing a mixed age space, creating active and intensive mixing experiences, and fostering sustainable bonds. Local government should also play a supportive role here, for example by pooling some of the funds traditionally divided between younger and older people and putting them towards initiatives which benefit different age groups simultaneously.

Secondly, in addition to creating new intergenerational projects, there are many ready-made services that we use on a regular basis that could be much better designed to bring young and old together. Nurseries, schools and care homes could link up more through shared activities and events, or even co-locating their services on one site – a major focus of the ‘think-do tank’ United for All Ages. Public transport companies could do more to encourage people of different ages to interact on their services, in a similar vein to that suggested by the BBC Crossing Divides ‘On the Move’ day last month.

Thirdly, a major issue highlighted by the statistics on geographical age segregation, is that different age groups often don’t live near enough to make use of these shared projects and services even when they do exist. We therefore need to see the growth of intergenerational housing, both by more effectively using existing housing and deliberately designing neighbourhoods, towns and cities for all ages from the outset. Achieving this will require architectural practices, local authorities and private developers to all play their part.

Finally, no exploration of social connection in today’s digital world would be complete without examining the ways in which technology is both pulling different generations apart in some moments while providing new tools to bring them together in others. While our interim report did point to some of the innovative apps and devices that are being pioneered to better connect people, such as KOMP, a major focus during the second phase of our inquiry is going to be the steps we can take to ensure technology plays a mainly helpful rather than harmful role in building meaningful relationships across generations.

A personal and political imperative

In a political climate in which young and old often cross swords and have been shown to mistrust and misunderstand one another, building intergenerational relationships has never been more important. But the benefits will be felt by each and every one of us in our personal lives, too. Our wellbeing and sense of human connection is at stake.