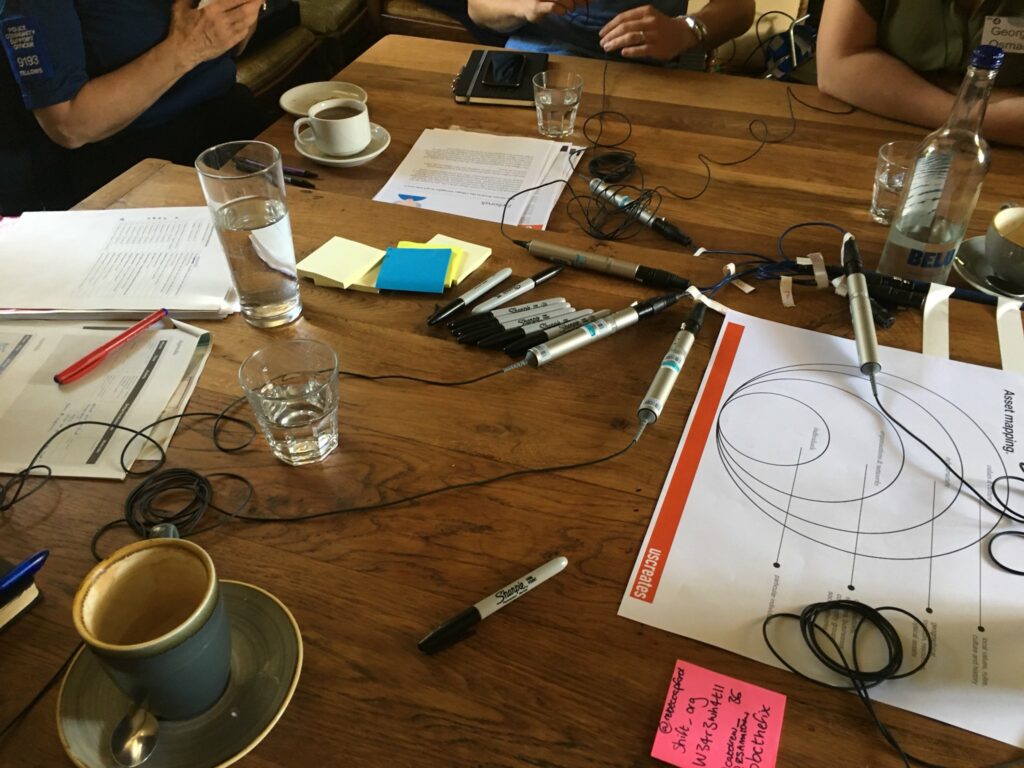 At the end of last week I headed west to the picturesque town of Tetbury, Gloucestershire, to record the first episode of the next season of BBC Radio Four’s ‘The Fix’.

Hosted by uscreates and presented by RSA CEO Matthew Taylor, the programme brings together experts from a diverse range of backgrounds to tackle some of the country’s most intractable problems. Our challenge for the day: to come up with an innovative solution to the growing problem of social isolation amongst the elderly in rural Gloucestershire.

I was in a team with an office furniture designer, a tourism manager, a creative problem solver, and a programme manager. We were aided by a host of facts and stats about the issue; advice and guidance from an expert at Age UK; and insights from a local resident who has lived experience of the issue.

I learnt some interesting things throughout the course of the day. The things that struck me most were:

Working through a ‘double diamond’ design process, we narrowed down our problem area, came up with a load of ideas in response to this problem, and began to filter and build.

The design challenge we decided to focus on was: How might we give isolated older people a key role in the community so that they develop new connections and greater confidence to get involved in Tetbury’s social events?

Some key design criteria began to bubble up in our discussions, including:

I can’t reveal what our idea was and whether it was the winning idea, but keep your ears peeled for the broadcast which will be aired next month!

Immy Robinson is Lead Researcher at Shift. She works on a range of projects including the development of Historypin’s Storybox, a community engagement program that runs hugely enjoyable story sharing events, designed to bring local people together and build stronger communities built on understanding, empathy and respect. Immy also leads our work with the NCS, innovating to improve the impact of their programme 4-week which serves over 300,000 young people.